We’re more than just your financial institution. We are your friends and neighbors and we believe in investing back into this community that has supported us for more than a century. Below are just a few of the ways we give back to Elkins and the surrounding areas.

Davis Trust Company is the Corporate Sponsor of the Snowshoe Foundation and we support their mission to enhance the quality of life in our local communities. Davis Trust Company has a long history of supporting the Davis & Elkins College Highlands Scholarship program. In 2022 we’ve entered into a partnership to build new facilities at the Nuttall Soccer and Lacrosse Field.

For over a decade we have made contributions to our local YMCA. We appreciate their mission to provide a safe haven for fitness and fun to help improve the lives of everyone in our community. 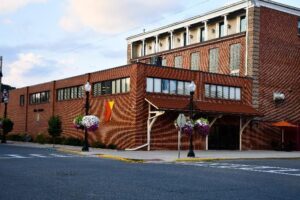 With the upcoming retirement of President/CEO Hugh G. Hitchcock at the end of the year, the Davis Trust Company Board of Directors is very pleased to announce the promotions of two company executives. Effective January 1, 2023, Hoy A. Ferguson will be promoted to the position of President and Chief Lending Officer of Davis Trust Company and Rachel Hayes will be promoted to the position of Chief Executive Officer and Chief Financial Officer.

Hitchcock currently serves on the Boards of the Davis Health System and the Mountain State Forest Festival. He recently completed his final term on the Board of the Community Bankers of West Virginia (CBWV). He is a past President of the CBWV, Davis Health System Foundation, Randolph County United Way, and the Kiwanis Club of Elkins. In 2018 he was recognized as the Businessman of the year by the Elkins/Randolph Chamber of Commerce.

Hoy Ferguson currently serves as the SVP of Lending and Business Development. Ferguson earned his bachelor’s degree at West Virginia University, followed by earning a master’s degree from Loyola University. After joining Davis Trust Company he furthered his education by attending the LSU Graduate School of Banking and Commercial Lending School at SMU. Hoy began his career at Davis Trust Company in 2009 as an Assistant Loan Officer where he was promoted to Commercial Loan Officer, and finally SVP of Lending and Business Development in 2018.

Rachel Hayes is currently serving the bank as Executive Vice President, Secretary and Treasurer. Hayes earned her bachelor’s degree in accounting from Alderson Broaddus University and is a graduate of the LSU Graduate School of Banking where she was recognized for her Outstanding Performance in Bank Management Simulation. Rachel began her career at Davis Trust Company in 1990 as a Teller. She then was promoted to Staff Accountant in 1992, Controller in 1998, Chief Financial Officer in 2012, and finally Executive Vice President, Secretary and Treasurer in 2018.

Hayes presently serves as president of the West Virginia Railroad Museum, and as a director for West Virginia Banker’s Title Insurance and the Allegheny Group Retirement Plan. She is a member of the executive committee for the ProServe Board of the WV Bankers. In 2016 Rachel also served on the FHLB Advisory Board and in 2017 she was recognized by the ABA by receiving the Executive Leadership Certificate.

“Hoy and Rachel are both very talented leaders and I am confident they will further Davis Trust Company’s growth and success. With the financial landscape in transition, these two very qualified people, with their combined experience, will help maintain a solid foundation while moving the bank forward,” says President/CEO Hugh G. Hitchcock. 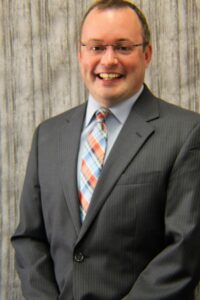 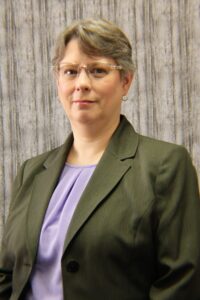 Devon Waters has joined the Davis Trust Company lending team as our new Commercial Loan Officer. After five years of growing and creating markets in the group health care industry, Devon joined loanDepot as a residential loan officer. He has been in lending for two years and is happy to have made the switch to a commercial loan officer. Mr. Waters will be focusing on new growth opportunities. “Devon will make an excellent addition to Davis Trust Company and we are happy to welcome him aboard,” says Hoy Ferguson, SVP Lending and Business Development. 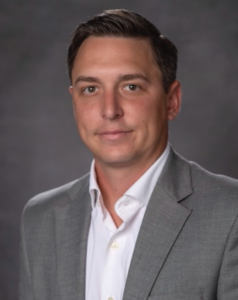 Davis Trust Company is pleased to announce the appointments of Mr. Kenny George and Mr. Jeff Jenkins to the bank Board of Directors effective May 1, 2022.

Mr. George is a licensed Life, Health & Benefits Producer with Blue Ridge Risk Partners. He has over 25 years of professional experience serving clients throughout North Central West Virginia. He is a graduate of Fairmont State University with a B.S. in Business Management.  He also served 6 years in the Army National Guard.

Kenny is very active in the Elkins community serving on the Boards of both the YMCA and the Randolph-Tucker Children’s Advocacy Center. He is a member of the Elkins Rotary Club and has also been very involved with youth sports. Kenny, his wife Breanna and their two sons reside in Elkins and their daughter will be residing in Blacksburg Virginia, attending Veterinarian School at Virginia Tech.

Mr. Jenkins is the CFO of Community Care of West Virginia. He obtained his undergraduate degree at Glenville State University and earned an MBA with a concentration in marketing/corporate communications from Ohio University.  More recently he earned a graduate degree in banking from SMU.  Prior to joining the Community Care team he had served for 17 years in banking as a business development executive.

Jeff has been an adjunct faculty member of Glenville State University since 2005. In this capacity he has taught at FCI Gilmer providing inmates the opportunity to earn a BA degree in business management. Jeff, his wife and two children reside in the Weston area.

“We are very pleased to welcome Mr. George and Mr. Jenkins to our Board of Directors,” said Hugh Hitchcock, Davis Trust Company President and Chief Executive Officer. “They are both well-accomplished businessmen with knowledge and skills that will assist in helping advance the strategic vision of Davis Trust Company.” 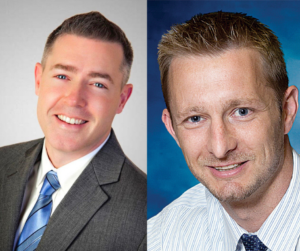